Pure Touch Only From Now On, They Said So 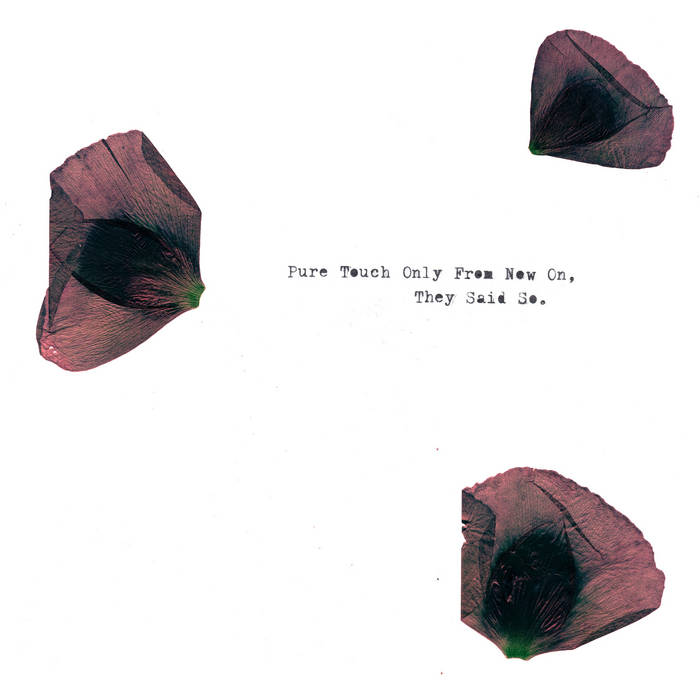 Bridget Hayden is a singer, guitarist, piano player, and a visual artist, based for a while now in semi- rural West Yorkshire. In the seven-year period since her last solo LP – A Siren Blares In An Indifferent Ocean, released by the Belgium-based Kraak organisation – she has put out a number of short-run cassettes, such as last year's fine tape of blown-out synth/vocal recordings on Fort Evil Fruit, and contributed to several interesting compilation projects, but a vinyl follow-up is what the 'Other' music community has been craving.

This LP, therefore, has been a long time coming and provides the first full-length documentation of a number of zones that the artist has been inhabiting in live performances of the recent past: blasted, highly personal blues that has lurked under the surface of previous releases but that appears here in starker form; two-chord torch songs that use minimal structure to achieve maximal atmospheric tension; and a vocal melodicism abstracted by a gravitation towards the ecstatic possibilities of noise.

Beginning by using two slowly enunciated guitar chords in what sounds like Skip James tuning as a solid base on which to layer a variety of sky-bound instrumental and vocal lines, what develops is a record of significant heft and rare intensity, driven by the slow movement of heavy metal slides and the distorted surge of the guitar's lowest end. The contrasts herein – of density and starkness, turbulence and calm, grounded instrumental drone and vocal soar – are suggestive of great weights being borne and lifted, and of an artist letting go.

Bandcamp Daily  your guide to the world of Bandcamp

Featuring Gary Bartz, 5 years of Rhythm Section Intl and an LP of the week by Nicolas Jaar